So what sorts of things go into a good travel buddy? I thought I would examine my two best travel buddies and see what things I appreciate most about them.

You have either spent a lot of time together or very little throughout the year.

Liz and I were used to spending tons of time together at the school we worked at. We hung out before school, between classes, and after school. We went to school plays and concerts and track meets together. We were work besties in the truest sense of the word.

On the contrary, Janet and I only see each other about once every two years and Skype maybe once a year. It doesn’t mean we aren’t good friends. It just gives us even more to catch up on when we do travel together. Our trips are sort of our condensed friend time.

You never run out of things to talk about 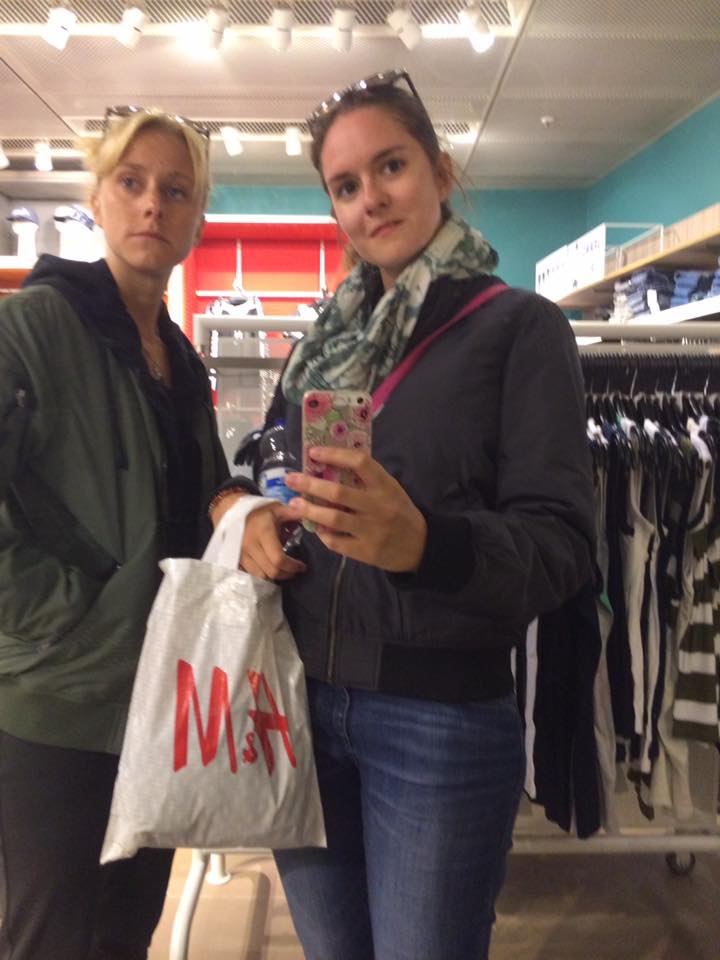 I always say that my friend Janet is one of the most fascinating people I’ve ever met. It makes it easy to spend time with her during dinners, walks or on the beach. We can talk for an hour about turtles or the television show, Arthur. We also have so much to catch up on – usually we are squeezing six months or a year into a few days. There’s always personal things to talk about. 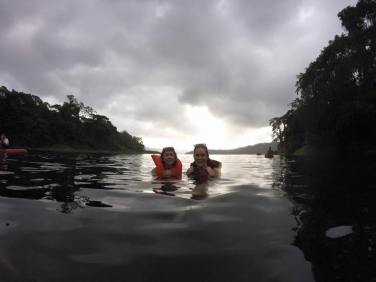 Liz and I have such a shared history of both travel and work – we can tell the same stories each time we see each other and it’s still fresh and fun. We can talk about teaching, traveling, adventures we had, movies we like. It’s natural.

With both of my travel buddies – I am constantly laughing. That’s also a good sign.

They know something about Travel

Having someone in your corner who actually knows the ins and outs of travel is such an overall relief. Airports are easier. Boarder crossings are easier. Reading maps and wandering around cities is easier. Both Liz and Janet are extremely intelligent women but they are also street smart. Plus, neither of them is just traveling for the pictures. When I hear people say that – I’m genuinely confused. Why do you want a picture of something that you know nothing about. Both Janet and Liz want a culturally immersive travel experience – same as me!

You have similar Interests 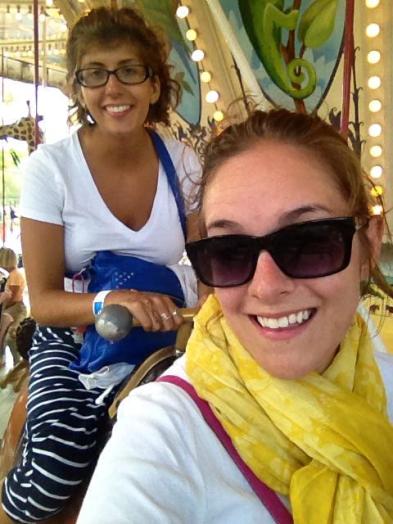 Liz and I have teaching and languages. Janet and I have Classics and a love of Frog Taxidermy. All three of us have a love to learn. It makes it so much easier to travel with people who are interested in personal development on top of just saying you went there.

You have similar attention spans…

Liz and I are so similar with how long we like to do specific activities. We go through museums, castles and even stores at basically the same rate. At most – one of us will have minutes of difference. We also run out of steam at exactly the same time – we are ready for a nap or a rest at the same time.

So Janet is pursuing graduate school in Museum Studies. Obviously she can spend a lot of time in a museum happily. It’s not that I don’t enjoy museums it’s just that I just have a limited time before I turn back into a pumpkin – so to speak. However, I’ve learned to just bring a book and find a nice place to sit and relax while Janet finishes her time in the museum. It’s like a feast for her that she can’t stop eating – and I know this about her and completely understand. I just try to not make her feel uncomfortable and rushed and definitely the book is a good compromise for me.

You have no problem separating and coming back together 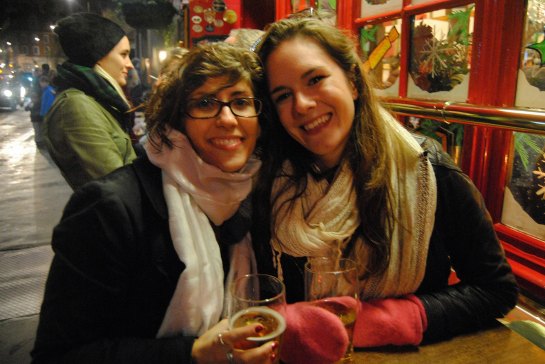 This is such a vital thing – time apart – especially on a long trip.We were together almost non-stop for 55 days. So Liz and I always would go separate ways on Sunday – she would catch a church service and I would go ahead and either sleep in (if it was the morning) or grab a wine and call my grandma (if it was an evening mass). We also both had meet ups with friends and didn’t necessarily feel the need to hang out in one big group. She and I both met up with different friends in Vienna and Greece (actually, I met up with Janet there – it was phenomenal to have both of my best travel buds in the same trip). It wasn’t a problem. In fact – it was perfect because then we could both talk about our times with our friends.

You cheer each other up after travel hi-jinx 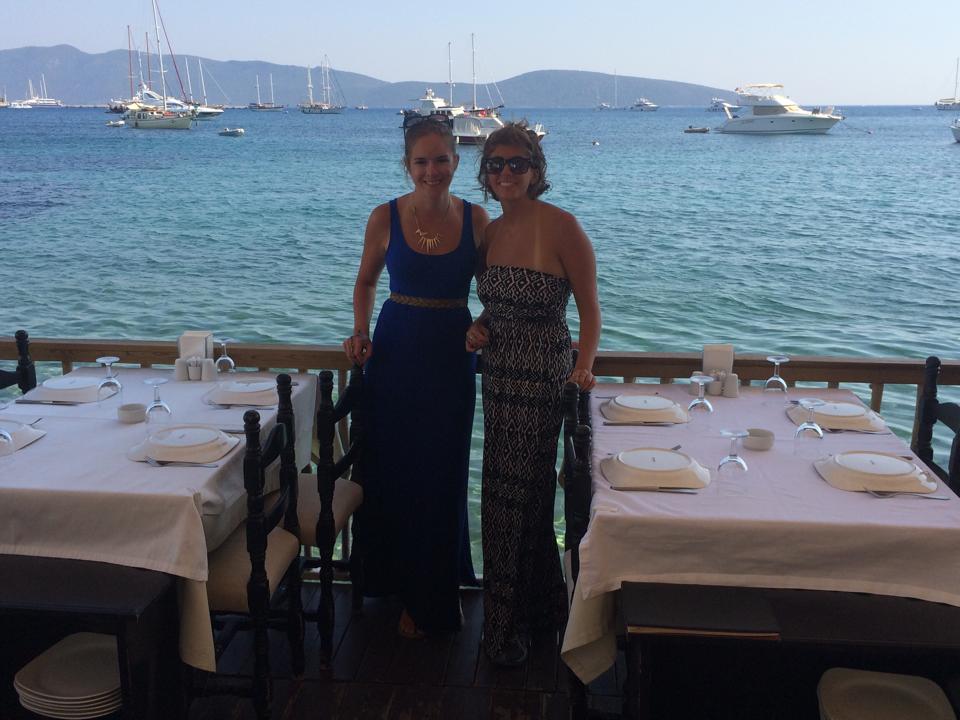 Here’s the thing – traveling isn’t always this fabulous, easy thing. It’s sometimes work. Whether it was cracking my phone screen in Brussels or both getting fined in Naples or being frustrated by the nighttime antics in Lisbon – Liz and I always manage to regroup and make the best of a situation. It may take a nap or a glass of wine but we manage to leave the situation in the past after a couple of hours. Now I look back at all of these little struggles and realize they make some pretty hilarious travel stories.

Even when things get genuinely stressful – there are two specific times I can pinpoint – we manage to make a plan to get back to normalcy. Whether it means stopping in a church for reflection (me) and prayer (lead by Liz) or sitting down and writing a pro-cons list – we are both trying to have the best time possible. If we need to address an issue – we do it.

Ok – this one is big. Don’t get me wrong. I’ve gotten cross with both Janet and Liz but I can count on one hand the times between them and also it only lasts for a short time. That’s the thing about real adult friendships – you know that you love each other and want to have the best memories. Bickering just doesn’t fit into this sort of relationship. With each of my travel buddies I have gotten lost, overpaid, gone the wrong direction on a train, gotten impatient or just been in a pissy mood from the start of the day. And we always manage to turn it around. And that’s because we act like adults instead of arguing.

So those are all the things that make my travel buddies the best. I realize this kind of turned into an Ode to Janet and Liz – but honestly – I have more unbelievable memories with them than anyone else. Also – this is by no means a comprehensive list. When you find a good travel buddy – you have them as a friend for life. The best news is that I get to see both of these lovely ladies for another adventure at the end of the month!

Let me know below if you have a travel buddy and what makes you love them!