In the absolutely immortal words of Michael Kors, “I was underwhelmed.” I’m not saying that each of these cities were awful places, just that they didn’t live up to my expectations. For each of these cities, there are alternatives that, in every way that matters to me as a traveler, beat out the overhyped destination. If you want to see if you are a similar traveler to me, I suggest checking out this post which explains how I travel now that I’m in my late 20s and this other post about my favorite European gems.

In the mean time, let’s talk about what cities just didn’t live up to the hype for me. 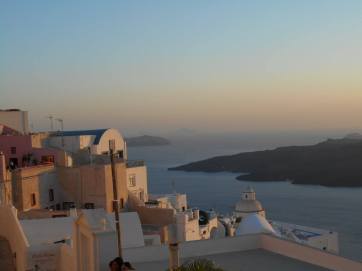 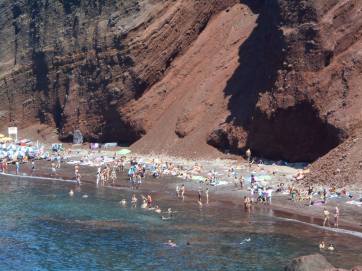 Oia – For most people, when they picture Greece, they picture the white washed walls and blue roofs of Santorini. It is no doubt an idyllic place. But I hate to break it to most people, Oia – home to the famous sunsets, is completely overrated. I’ve been to Oia a number of times and it’s winding streets and tiny courtyards are absolutely stuffed with people. The many restaurants offering sunset views are completely overpriced and the gift shops are tacky. There’s no way around it.

There are so many spectacular Greek islands to explore. If you want to go to Santorini, the island is incredibly diverse and interesting. The black sand beaches on the South and East parts of the island are interesting. Akrotiri is the Greek equivalent of Pompeii, having been destroyed by the same volcano that gives Santorini it’s unique geography. The red sand beach near Akrotiri is crowded but absolutely stunning. Fira is a nice central town – in my opinion with more interesting sites than Oia. For so many people Santorini is that one place they have to go in Greece. It’s their dream. However, with the ease of travel on ferries throughout the Aegean – I highly recommend getting off the beaten track and visiting some lesser known and less crowded areas. In particular, I’m a fan of Naxos and Kos.

Warsaw– Having been to Krakow in the past, I was really excited for my visit to Warsaw. I thought that I could enjoy the friendly people and cheery architecture in the same way. I love Polish history and was absolutely pumped to go to the Warsaw Uprising Museum. Well – Warsaw was just a huge let down for me. The people were not nearly as friendly as in Krakow. I attribute that to the far more brutal history in this capital during WWII – I mean the place was literally burned to the ground.

That means that although the Old Town was restored meticulously, it was just not authentic in any way. The rest of the city had a decidedly Soviet flavor – brutalist buildings and oppressive landmarks. When I went to the Uprising Museum – it was closed completely randomly contrary to the website. I had walked in the pouring rain and left a little disgruntled. Overall, I just felt the city lacked the upbeat character I was expecting and was let down because of that. I would consider giving Warsaw another chance but probably won’t seek it out anytime soon. 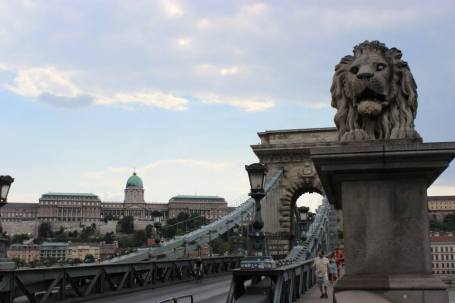 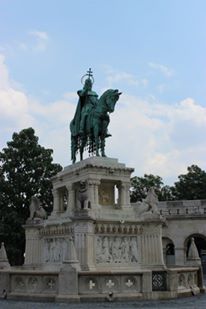 Budapest – Let me start by saying that Budapest kind of had an uphill battle with me. The temperatures were at least 95 degrees most days (37 Celsius) and I basically wanted to die. Of all the destinations on this list, I did have the most positive experiences in Budapest. The bath houses are spectacular. We had some seriously dope Doner Kebap. I watched that epic World Cup game where Germany trounced Brazil. There are incredible vistas and monumental architecture which is positively breathtaking.

However, I just didn’t find Budapest to be a user friendly city. Outside of the famous areas, a lot of the architecture had that former communist flair of looking depressing. It was impossible to find public restrooms. There were not well located supermarkets. It was just overall completely underwhelming. Even the famous Rune Bars – while certainly interesting – were just a little overdone. I felt like if I was just 18 and ready to experiment with club drugs, maybe they would be the place for me. As I was a little older when I went to Budapest, I just don’t think it lived up to many other fantastic Eastern European cities. I prefer Prague, Vienna and Krakow to Budapest. 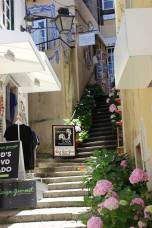 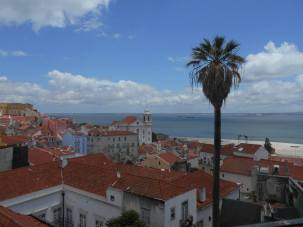 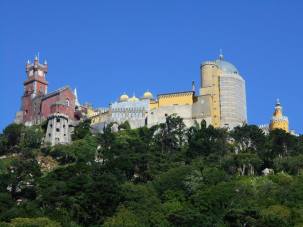 Lisbon – Lisbon was the first stop on a 2 month trip in Europe for me in 2014. I landed and was seriously pumped to be on European soil. Out of all these cities, Lisbon is maybe the one place that I would for sure go back and do things a little bit differently. First off, we were there during the World Cup and we were focused on enjoying a viewing party which was admittedly really fun. We did wander and enjoy many parts of the city from the Alfama to Sintra (outside of the city) to Belem. I just don’t know if we did it right.

The city felt so geared towards tourist. Nothing had a wonderfully authentic feeling to me except for exactly one empanada I ate. I definitely think that I would take a long look at culture trip and make some pretty extensive lists of restaurants, shops and experiences to have. While I definitely would go to Porto again before Lisbon,  I would consider a trip to Lisbon – just done a lot differently. 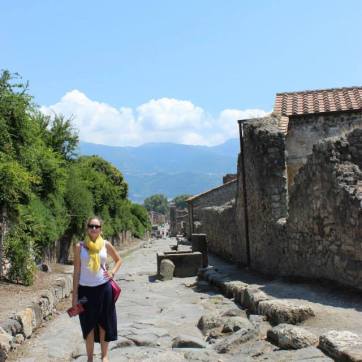 Naples – Naples is the home to many legendarily famous attractions and things to do. There’s Pompeii and Herculaneum – arguably the two most well known Roman archaeological sites. There’s the National Museum of Archaeology. There’s the towering dormant volcano of Vesuvius. I mean, for heavens sake, this is the city that invented pizza. I wanted to love this easy day-trip from Rome during our 3 days there.

I don’t want to sound too down on a place but seriously – what an absolute shit hole. Garbage was piled everywhere and it obviously smelled. There was nonsensical graffiti all over historical buildings (I’m talking tags, not beautiful street art). I expected Pompeii to have some closed areas due to ongoing excavations but there was almost nothing that you could visit. The same could be said about the National Museum of Archaeology.

I majored in Classics and excavated on archaeological sites. Naples was practically supposed to be Mecca for me. It was such a colossal disappointment in every way. It didn’t help that our hostel’s showers were ice cold and we were ticketed on the subway (long and obnoxious story involving the mob). I almost never say that I will not revisit a city. But with Naples – you couldn’t pay me. I prefer Rome and also Split Croatia for archaeological remains and generally more enjoyable times.